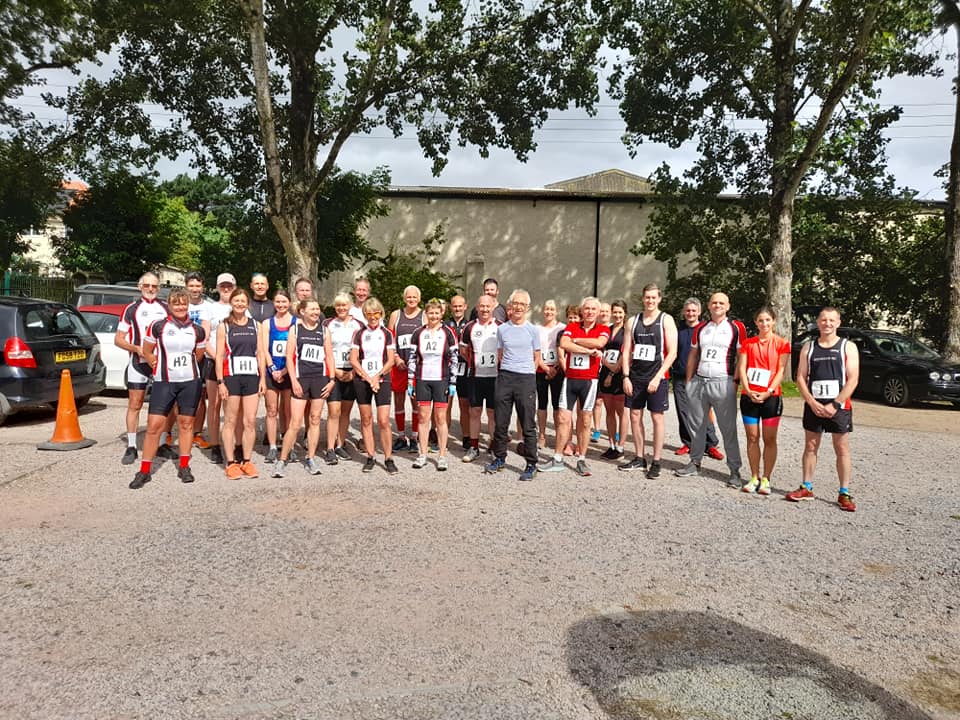 On 15 August 2021 Honiton Running Club and Honiton Spinners came together at the annual Payhembury Duathlon which consists of a 3.8 mile run followed by a 15 mile bike ride and finally a 2.4 mile run from the Payhembury village hall. This was the first ‘real’ event the Running Club had hosted for some time due to the Covid restrictions. The weather was mostly dry and not too hot which was ideal for the runners and riders.

There were 30 athletes comprising of 17 teams either of a single person doing all 3 legs or 2/3 persons per team each doing the run or ride. The winning team of Steve Davey (runs) and Julian Gigg (ride) in a time of 1:32:43 only entered the event 30 minutes before it started so the secret in winning maybe being unprepared for doing it! Husband and wife team Ceri and Warren Oak won the mixed team prize in a time of 1:38:48 after coming back from walking in Snowdonia. David Hatfield-Shaw was the first male back to do all three legs in a time of 1:39:46 and Hannah Brown the first female back having done all 3 legs in a time of 1:47:40. Finally mother and daughter team Judy Davey and Jo Buxton won the ladies team in a time of 1:47:59.

There was much cake on offer to be consumed afterwards to refuel the athletes. Thanks go to Jennie Sleeman and Roger Saunders for organising the event and to Payhembury School for allowing their playground to be used as the transition area. All profits from this event will go to the school.